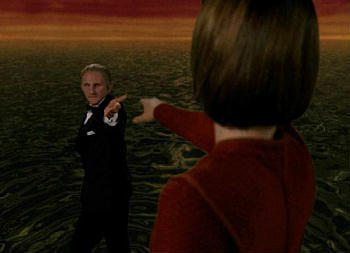 "You always said I looked good in a tuxedo."
This show's focus on gradual Character Development and Story Arcs, as opposed to more of a "problem of the week" formula of Trek shows past, tend to give the more poignant moments that much more impact. Suffice it to say that if Star Trek: Deep Space Nine wants you to cry, you will cry.
Advertisement: