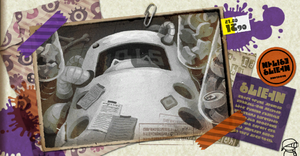 "Oh, my beloved Judd... It seems the day has finally come. This capsule is designed to remain cryogenically sealed for 10,000 years. Good-bye, my purrfect little kitty cat. May your meows echo through the ages."
Advertisement: