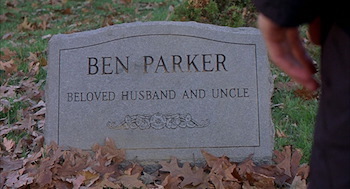 "No matter what I do, no matter how hard I try, the ones I love will always be the ones who pay."