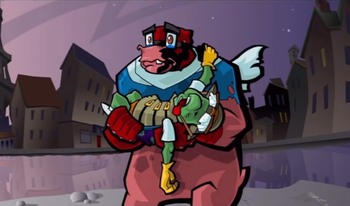 The life of a group of tightly-knit master thieves is exhilarating, but... nobody ever said it'd be easy.