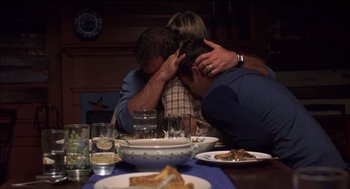 Say what you will about Shyamalan's anvils and sense of logic, but he still has the ability to make several scenes effortlessly heartbreaking.