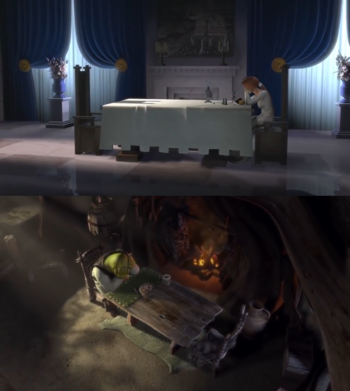 ♫ And it's not a cry you can hear at night
It's not somebody who's seen the light
It's a cold and it's a broken Hallelujah... ♫
Every fairy tale has a humble beginning and a sweet ending, and Shrek is no different. But sad moments like these still exist during this comedic journey.
Advertisement: