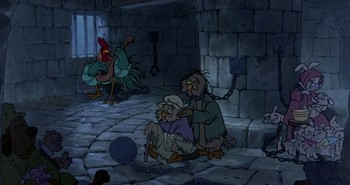 "Every town / Has its ups and downs / Sometimes ups / Outnumber the downs / But not in Nottingham..."