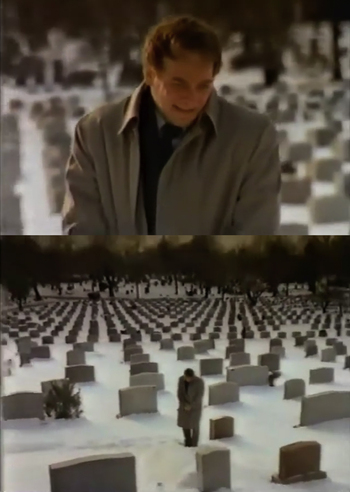 "If you don't teach your kids to say no to drugs, it's as good as saying 'yes'."

Indeed, Public Service Announcements can be just as poignant as they usually are nightmarish but some can shed your tears.

made by various different animation studios about the various rights that children should have includes some saddening entries.[[Creator / Toonz Animation India's]] spot

begins with a An Indian boy is seen among several adults working in labor. Some school buses pass by and he eagerly waves at the students packed in, who wave back. Unfortunately, the bus leaves as he chases it, and he sadly goes back to work.
Advertisement:
Unsorted