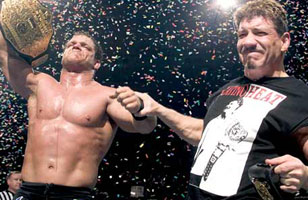 There's no holding me baaack...
Even Professional Wrestling, the macho "soap opera for men", has had its moments where a man can't help but let tears come to his eyes in between the grunts and Ho Yay.