Tear Jerker / Phineas and Ferb the Movie: Across the 2nd Dimension 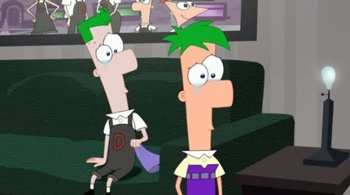 You know it's bad when even Ferb's tearing up.