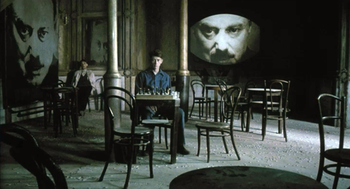 R.I.P. Winston's last essence of free will. We'll miss you.
Nineteen Eighty-Four's dystopia backdrop and gut-wrenching scenes proves that this book (or movie) is definitely not for the faint of heart.
Advertisement: