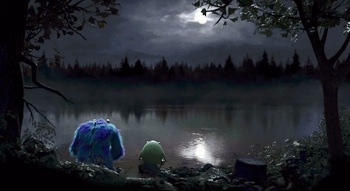 "I act scary, but most of the time I'm terrified."