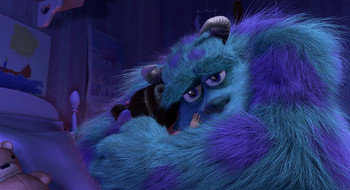 "Kitty has to go."
Advertisement: