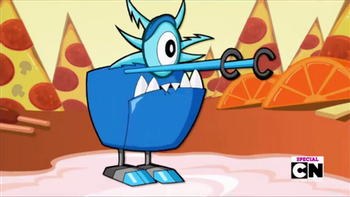 That moment when you realize people betray their friends for their greed just like Snoof did to him... you will feel so sorry for him.
Despite comedy being a common thing that happens in Mixels, there also happens to be a scene or two where you can't help feel sorry for them.
Advertisement:
open/close all folders
In General
Season 1
Season 2
Other Media