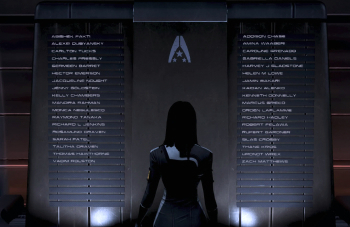 "Thinking of some friends who aren't around, thanks to this war."
"I made a MISTAKE!"
Advertisement:

With the fate of the entire galaxy at stake and featuring the unavoidable deaths of several important characters, it's no surprise that Mass Effect 3 features many moments that will make even the hardiest krogan cry: