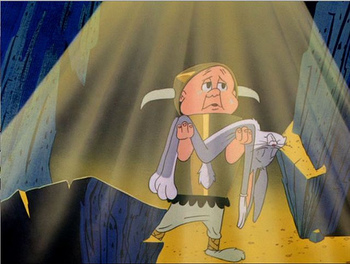 "What have I done? I kiwwed da wabbit..."
Who says that a cast of Funny Animals who rely on slapstick humor and violence can't tear you up? Well, as it turns out, they sometimes can.