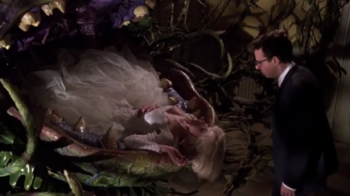 Reminder: it took 26 years for this film to be released with the director's cut ending.