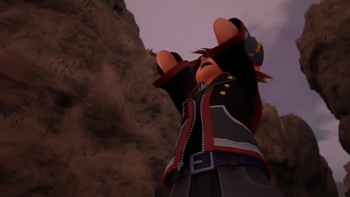 "Only when your hopes have been broken by battle upon battle can the key be claimed to Kingdom Hearts."