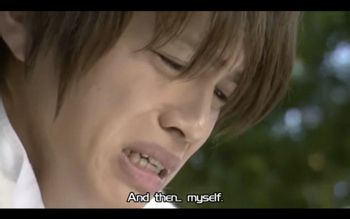 Kamen Rider Kabuto is a part of a massive franchise created by Shotaro Ishinomori (who also created Cyborg 009) and produced by the Toei Company. Sure, you might have people wearing bug-suits to kill Worms, but trust us, there are moments that are guaranteed to make you bawl. Need an example of depression from toku? Look no further than what happens on Kamen Rider Kabuto: