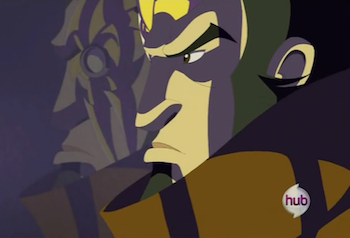 Imagine... no, that cannot be. I cannot come back with you, Raiden.
Advertisement:

While this show is epic, it has its moments.