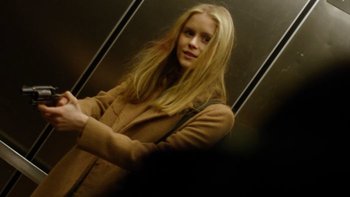 Episode 11, AKA I've Got the Blues
Episode 12, AKA Take a Bloody Number
Episode 13, AKA Smile

General
Episode 1, AKA Start at the Beginning
Episode 3, AKA Sole Survivor
Episode 5, AKA The Octopus
Episode 6, AKA Facetime
Episode 7, "AKA I Want Your Cray Cray"
Episode 10, "AKA Pork Chop"
Episode 11, "AKA Three Lives And Counting"
Episode 12, "AKA Pray For My Patsy"
Episode 13, "AKA Playland"