Tear Jerker / Indiana Jones and the Kingdom of the Crystal Skull 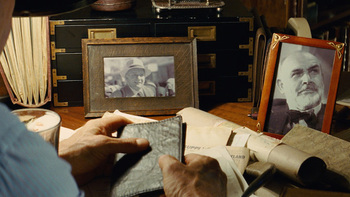 "We seem to have reached the age where life stops giving us things and starts taking them away."