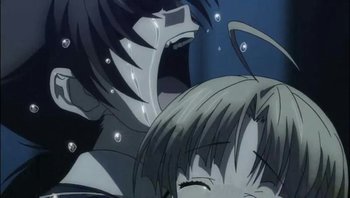 The devil may cry at the end of the night...

As much as this series has a lot of funny moments and Fanservice, there are also some scenes that play tug-of-war with your heartstrings.