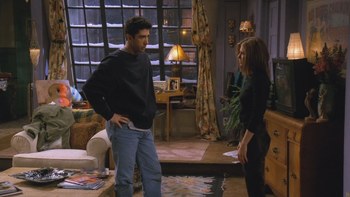 While Friends is usually a very light hearted and optimistic show, it had a few notable tearjerker examples.