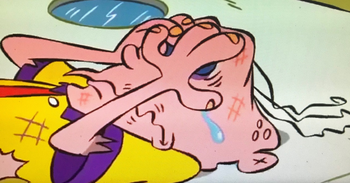 Wow...Explanation  Even though Eddy is one of the show's biggest jerkasses, everything changes after we learn how his brother treats him.
Advertisement: