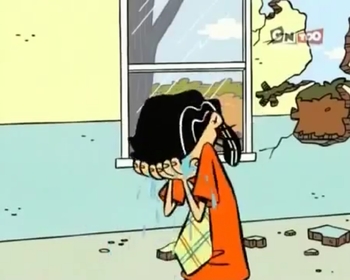 For a slapstick comedy, Ed, Edd n Eddy does have some surprisingly sad moments scattered throughout the series.