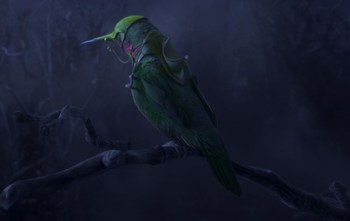 Ronin's hummingbird waits for its rider, as the rest of our heroes fly off.