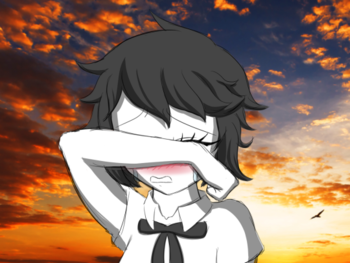 Even as a Slice of Life webcomic where nothing horrific happens, much like its source material, there are moments that pull at the heart strings.