Tearjerker / Diamond in the Rough (Touhou) 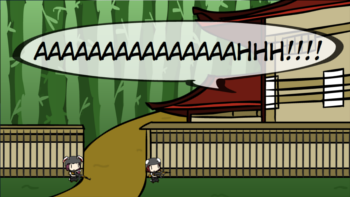 Pictured above: the nastiest Cerebus Retcon in web series history.