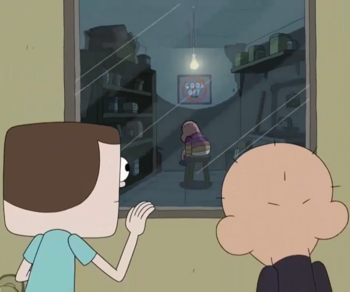 Our poor protagonist has become gloomy and darkhearted. Even his friends are worried about him.
Apart from its funny moments, awesome moments, and heartwarming moments, the show isn't without a few harsh moments to boot.
Advertisement: