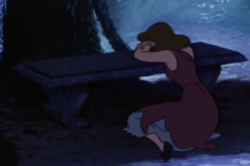 "There's nothing left to believe in."
Advertisement: