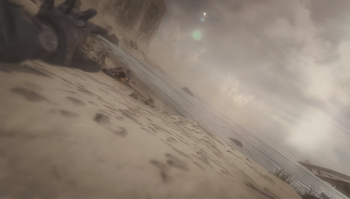 Call of Duty: Ghosts has its moments that make you cry.