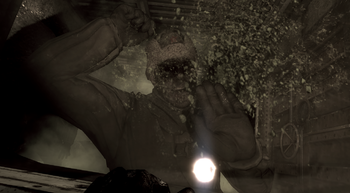 He should have died in Berlin...