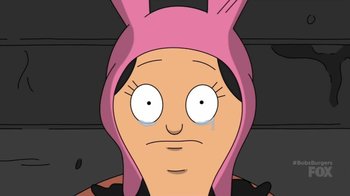 "No. Come on, no..."
Besides its comedy, Bob's Burgers is known for the genuinely heartwarming moments between its characters. However, to say it's incapable of showcasing moments on the other end of the emotional wheel is a bold-faced lie.
Advertisement: