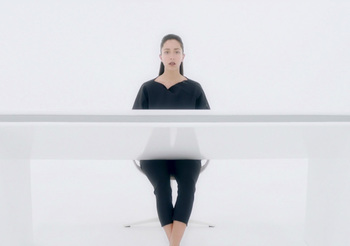 She's her own slave.