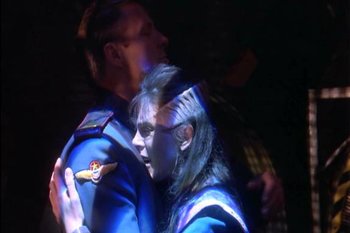 Despite his best efforts, Dr. Franklin couldn't save the Markab race from extinction.
Advertisement: