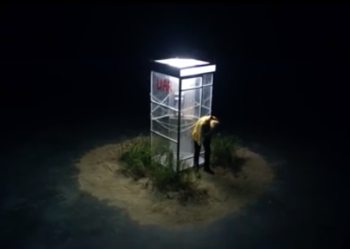 I wish I could love myself...

The whole series has a rather desolate vibe, being a story about a group of friends of the Dysfunction Junction kind splitting up over tragedy and being left alone.

SAVE ME has its own page.

The Most Beautiful Moment in Life