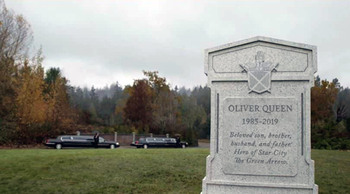 “He saved this city."

Oliver: Laurel? Wanna have a dinner, or coffee... I dunno?
Laurel: Why?
Oliver: ...I don't want to be on an island anymore.