For a show that's mostly comedy, it has a surprising amount of sad moments. 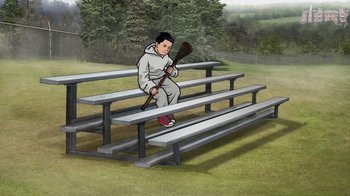