Warning! As per Moments page policy, all spoilers will be unmarked. 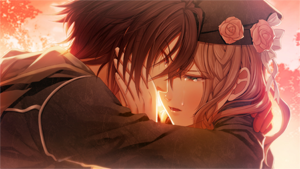 It's all been my fault, from the very start.