Webcomics are primarily a self published medium, which means there's no editors or publishers to get in the way of an old-fashioned personal vendetta.

Web comics with their own pages 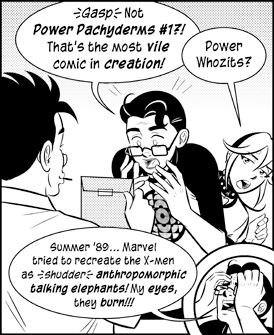