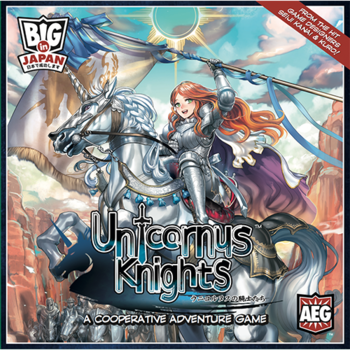 Unicornus Knights is a cooperative board game created by Seiji Kanai and Kuro, and published in English by Alderac Entertainment Group. The Legnaia Empire has invaded and conquered the Kingdom of Astoria. However, 16-year-old Princess Cornelia escapes, and vows to defeat the Empire and retake the throne of Astoria.