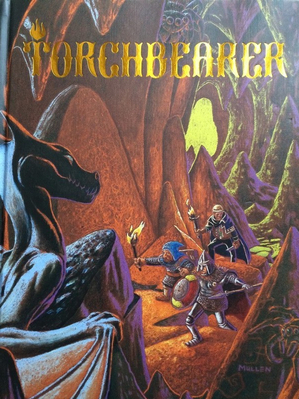 The characters take the role of down-on-their-luck adventurers who must resort to grave-robbing, spelunking and treasure hunting to make a living in this harsh world. There are no place for epic battles and heroic deeds when you are delving in a cold cave, you ran out of light and you are sure that something is crawling in the darkness at the corner of your eye.

Game Masters are expected to build challenging dungeons and reward the players clever problem solving. The game focuses on exploration, teamwork, resources management and has a heavy emphasis on detailed description and roleplay.

The system is an adaptation of Mouse Guard Roleplaying Game, a previous Burning Wheel HQ game based on David Peterson's comicbook series.