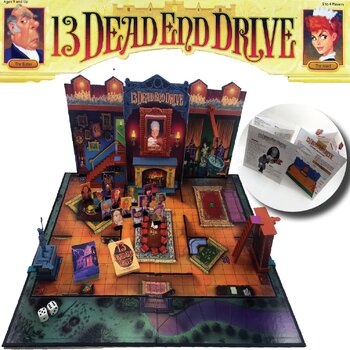 The story behind the game involves the death of a wealthy old woman, Aunt Agatha, triggering a feud over her will. The players utilize traps located on the game board, which represents a mansion, to kill characters controlled by other players in order to claim the estate for themselves.