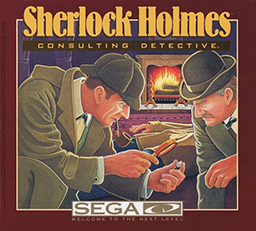 The game is afoot...

Sherlock Holmes: Consulting Detective began life in 1981 as a series of gamebooks printed by Sleuth Productions in 1981 which has expanded into various tabletop and video media in the decades since, based upon the exploits of the legendary Sherlock Holmes.

Players are given booklets, maps, replica newspapers, and the role of investigating a series of cases (the tabletop games average ten cases in a set, while the video games each have three); once the player feels they have conducted enough investigation, they move on to a quiz section. Successfully answering every question results in a win, with a better score being achieved for searching fewer locations as well as not failing the quiz.

Modern tabletop editions of the game have been made available by Space Cowboys and Asmodee, while ICOM Simulations' successor company Zojoi released remastered versions of the video games for platforms such as Windows, Mac OS X and mobile devices. The games each star Peter Farley as Holmes and Warren Green as Dr. Watson.