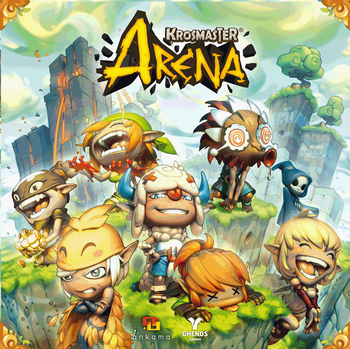 Krosmaster is a series of tabletop miniature games from Ankama Games, featuring chibi versions of various characters from the Dofus and Wakfu universes. They're currently sold in France, USA, Italy, Germany, Spain, Portugal and China.
Advertisement:

There are four games currently:

The various miniatures are compatible with every game in the line.

Some of the core gameplay elements from Arena: