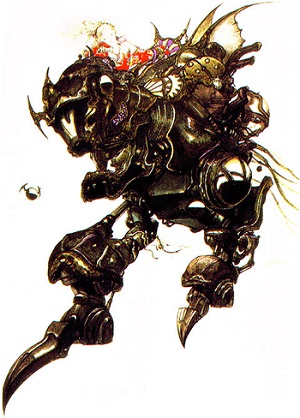 The image from the very start of Gramarie
Advertisement:

Gramarie is a homebrew subsystem for 3.5e Dungeons & Dragons created by Kellus on Giant in the Playground forums, originally described as "Magitek that doesn't make me cry myself to sleep.", and is based around using science and magic in a manner better focused for world-building. In addition to the "official" Gramarie system, fans started creating content such as new Disciplines and Prestige Classes, expanding the project even further than Kellus's work.

On the 3rd day of 2014, Kellus returned after a long disappearance and released control over Gramarie by saying that it was the community's system; since then a council has been formed and the system is currently undergoing a revision.

There are multiple Campaign Settings being designed for these rules:

The Gramarie system is currently at "My Little Gramarist: SCIENCE! is Magic

", despite Milo's disgruntlement at it. A compendium of the non-Kellus material can be located here

, though it hasn't been updated in a while because of the absence of Arcanist.

There is also an IRC Chat

for Gramarie; the link will connect you using mibbit and should you wish to connect using another client it is #Gramarie at irc.rizon.net.

This subsystem provides examples of: