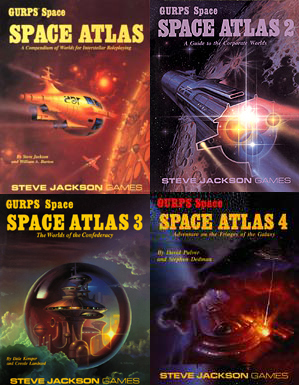 The GURPS Space Atlas series consists of four supplements for GURPS Third edition and published by Steve Jackson Games, each detailing one or two areas of space to use as settings for interstellar SF campaigns:
Advertisement:

These settings provide examples of: