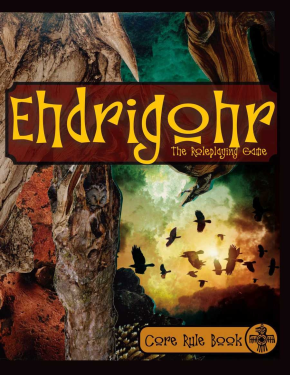 Ehdrigohr is a Tabletop RPG system and setting designed and published by Allen Turner, who teaches game design at Chicago's DePaul University. The game is based on the Fate Core ruleset and set in a Constructed World mainly inspired by the Native American mythologies. It was funded

on Kickstarter in January 2013 and shipped in September.

The game system and setting provide examples of following tropes: