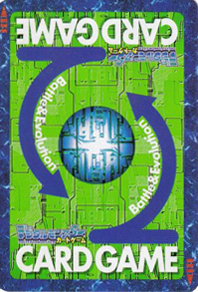 As seen on TV.
Advertisement:

The Digimon franchise, one of Bandai's many cash cows, is no stranger to the Collectible Card Game—seven prominent official card games have existed, each with generally different rules and mechanics.